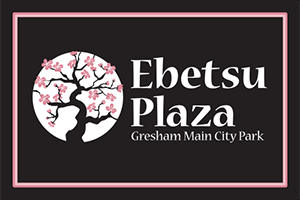 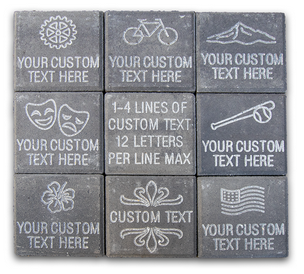 Paving the way for a sustainable future for the Garden.

Enter Ebetsu Plaza, a new addition to the Gresham Japanese garden that brings together the community and further connect Gresham with its sister city, Ebetsu Japan.

The Ebetsu Plaza serves as a public gathering place, workshop and event venue for all of Gresham to enjoy. The Touchstone paver walkway is 7 feet wide by 50 feet long with the capacity to lay over 2000 bricks. Ebetsu Plaza is a plaza at the end of Main City Park before you reach Springwater Trail.

To create a maintenance endowment fund secured by Edward Jones and 100% supported by the City of Gresham, Friends of Gresham Japanese Garden have launched a Touchstone Paver campaign to raise the endowment funds. Each touchstone paver is an opportunity for individuals to make a donation and support the project and its community partners.

For years no one could figure out what to do with a plot of land in Main City Park. The space was a crucial area to develop, right alongside the Springwater Corridor Trail and a few steps away from Tsuru Island Japanese Garden. Volunteers tried to seed grass and plant different shrubs, but everything seemed destined to die.

“It was this dead area in the park that was driving us crazy,” said John Clark, who volunteers with the Japanese Garden through the Rotary Club of Gresham. “We were wracking our brains trying to find something that would fit.”

After bringing in experts, they discovered gravel underneath the dirt. Whenever the temperatures raised, the stones were heating the soil and causing the greenery to decay.

“It was a green and brown mud pit,” said Jim Card, who oversees the Japanese garden at Tsuru Island

Before being turned into the plaza, the space near the Springwater Corridor Trail was basically an unseemly mud pit. So, the volunteers with Tsuru Island decided to use the space in a different way. In the process, they created a welcoming new entrance into the community, but also an oasis from which anyone can escape the hustle and bustle of daily life.

“We were originally going to name it Tsuru Plaza, but we realized it would be perfect to name it Ebetsu Plaza,” Card said.

The plaza consists of thousands of stone tiles, with benches and lots of Japanese-themed fauna. The highlight is 12 Akebono Cherry Trees donated by J. Frank Schmidt & Son Co. nursery in Boring. In 15 years, the trees will stretch 20 feet into the air. Every April, they will bloom with beautiful pink blossoms.

Ebetsu Plaza, made using recycled and repurposed materials, is now a visually striking gateway into the community. The tiles that make up the walkway were left over from the Japanese Garden, while stones surrounding the space were the original mile markers on the Springwater Corridor Trail.

“This plaza will be people’s first impression of Gresham,” said Clark, the owner of Stamp-Connection in downtown Gresham. “Some have a bad view toward our community, so this tips the opinion back to what we really are — a tight-knit community of hardworking people.” 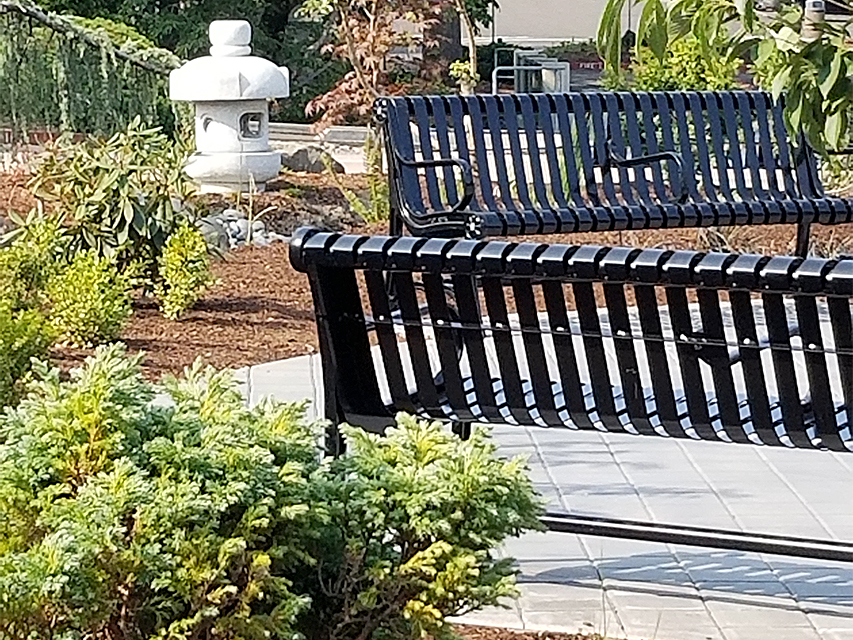 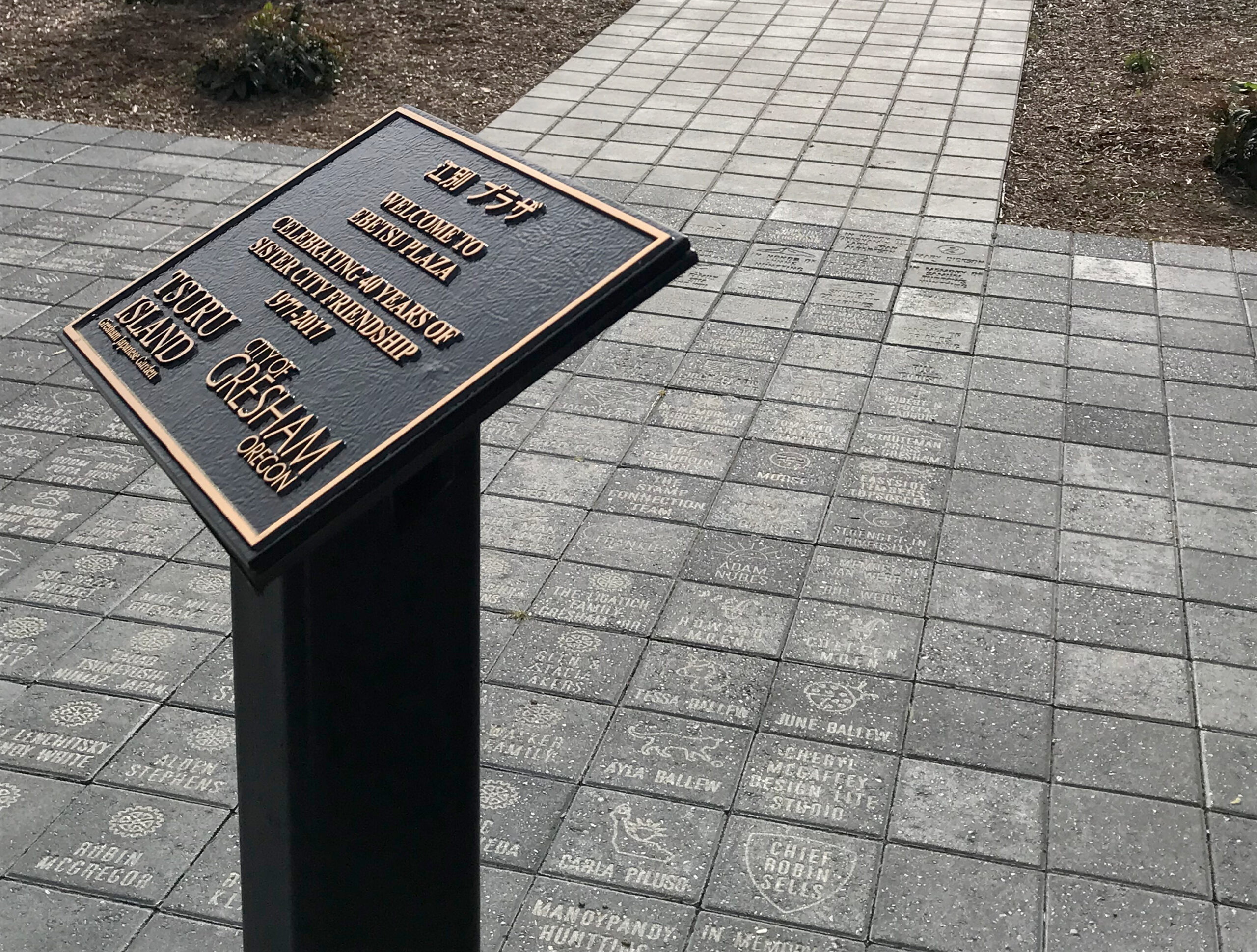 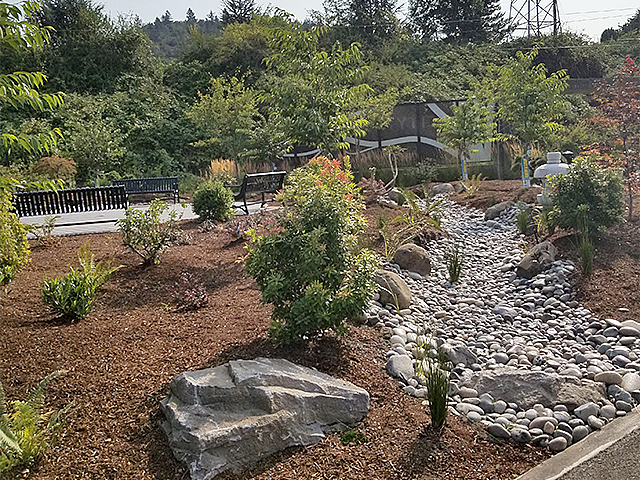 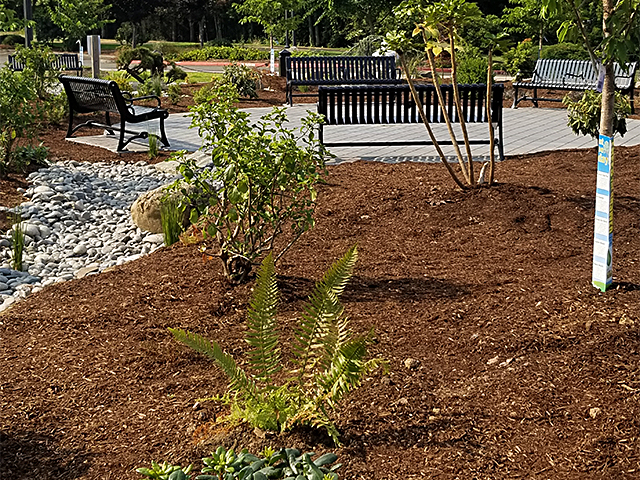 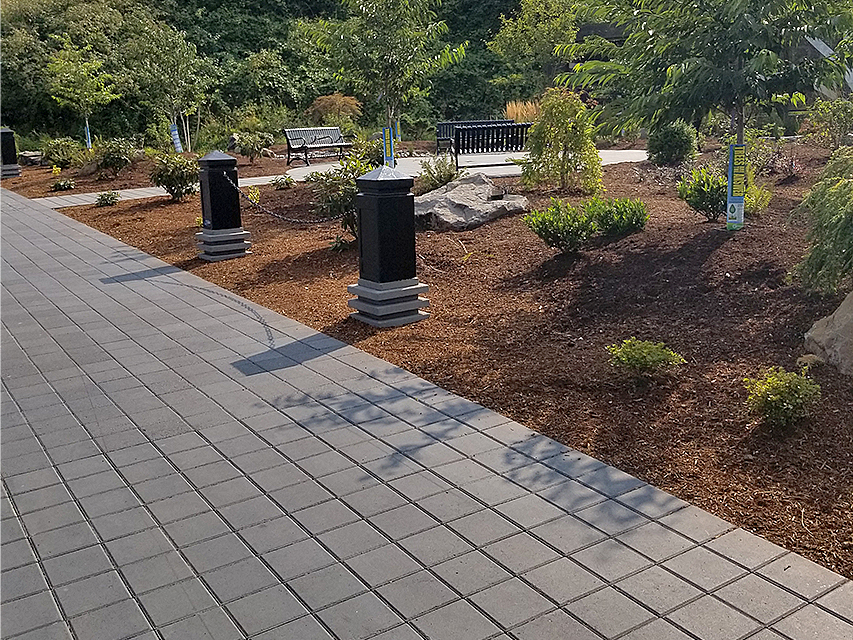 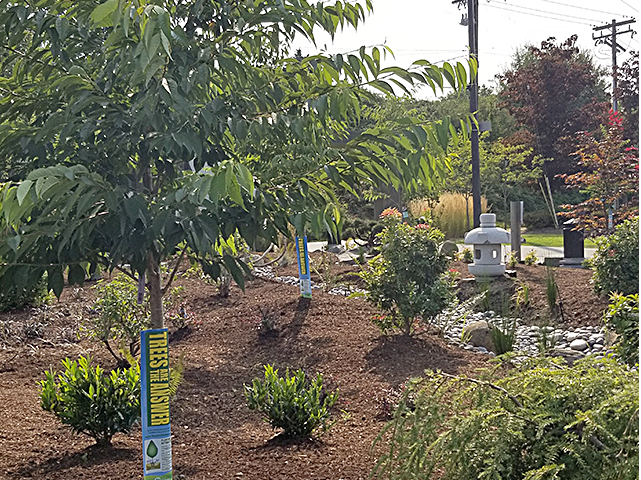 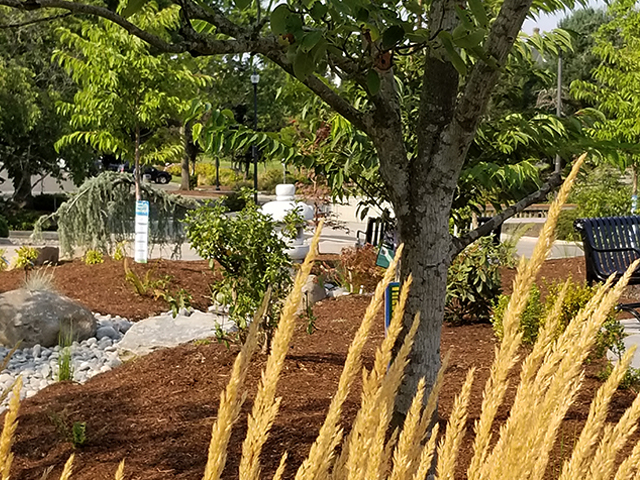 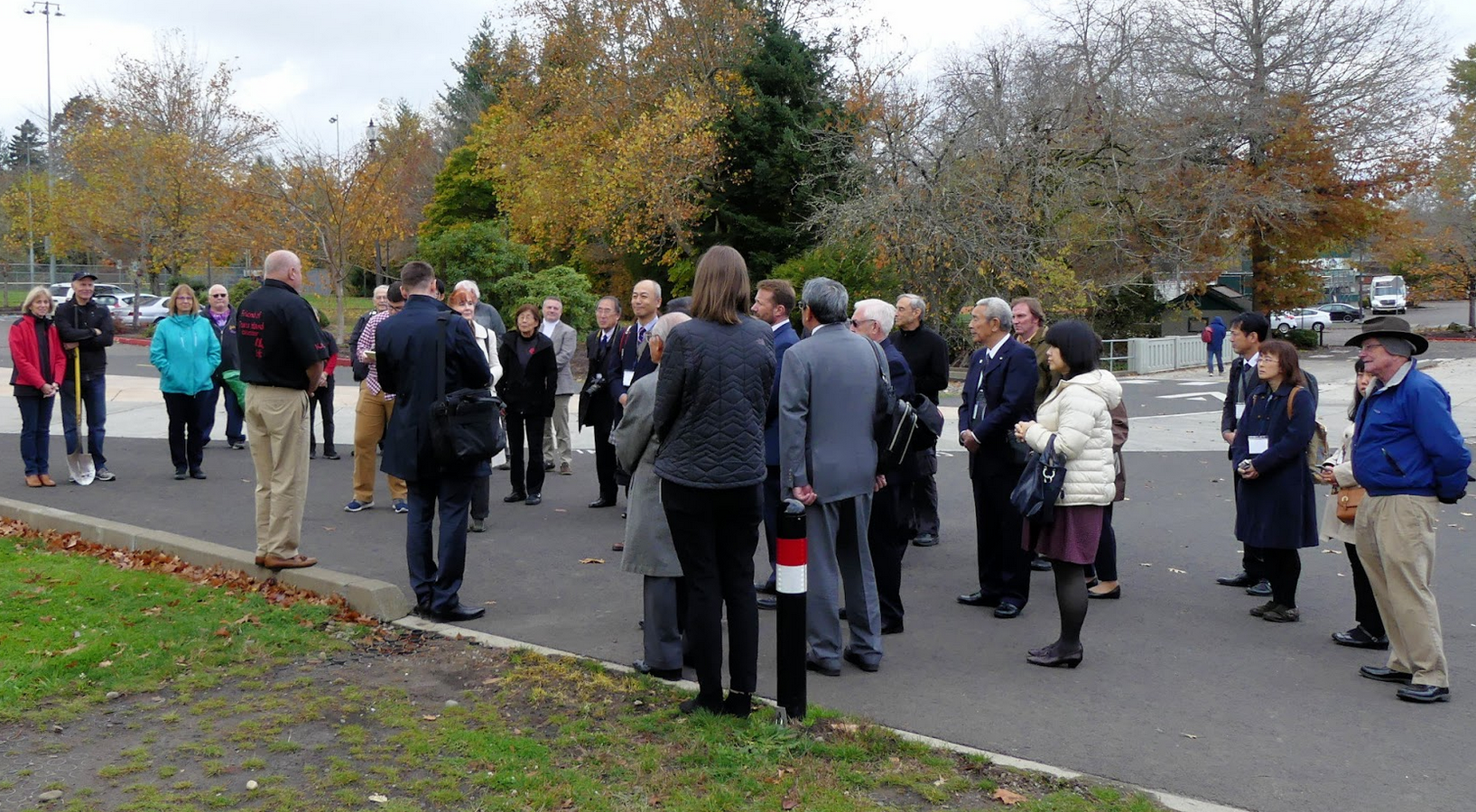 While visiting Gresham in November of 2017, the delegation from Ebetsu joined Mayor Bemis at Main City Park for the announcement of the beginning of Ebetsu Plaza. This event was highlighted by the tree planting event and the presentation of the plaque marking the project. During that presentation, Mayor Bemis and myself announced to those present that we would be providing up dates of the progress of the construction from the beginning to completion. You can find these updates here and on a dedicated Facebook page, The Ebetsu Plaza Project.