What’s wrong with this tree? 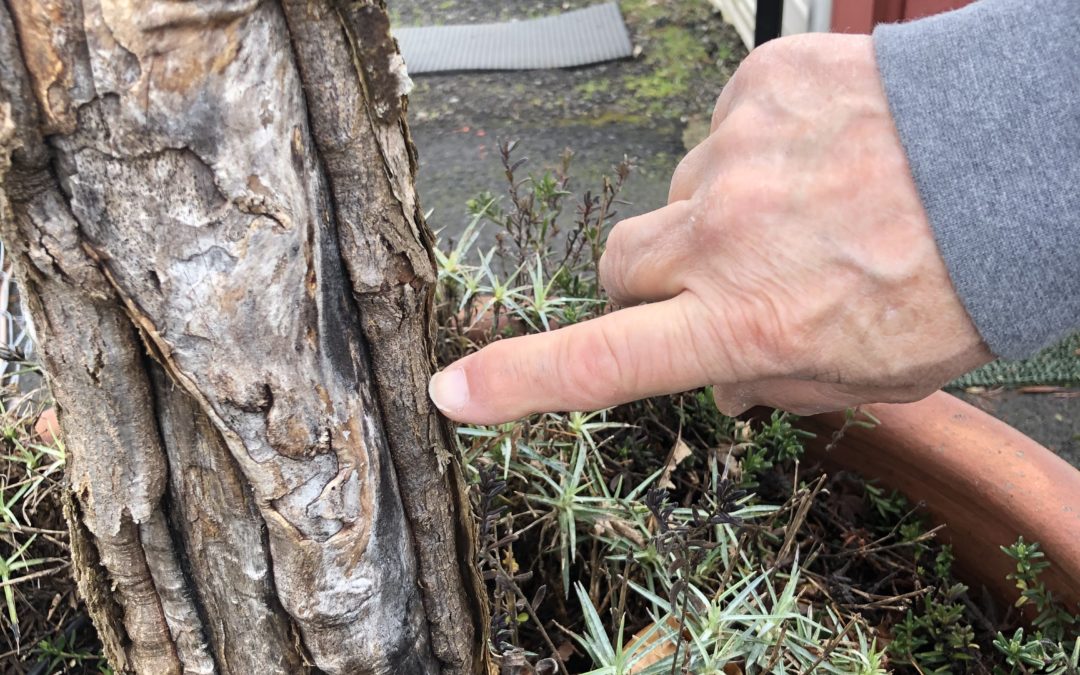 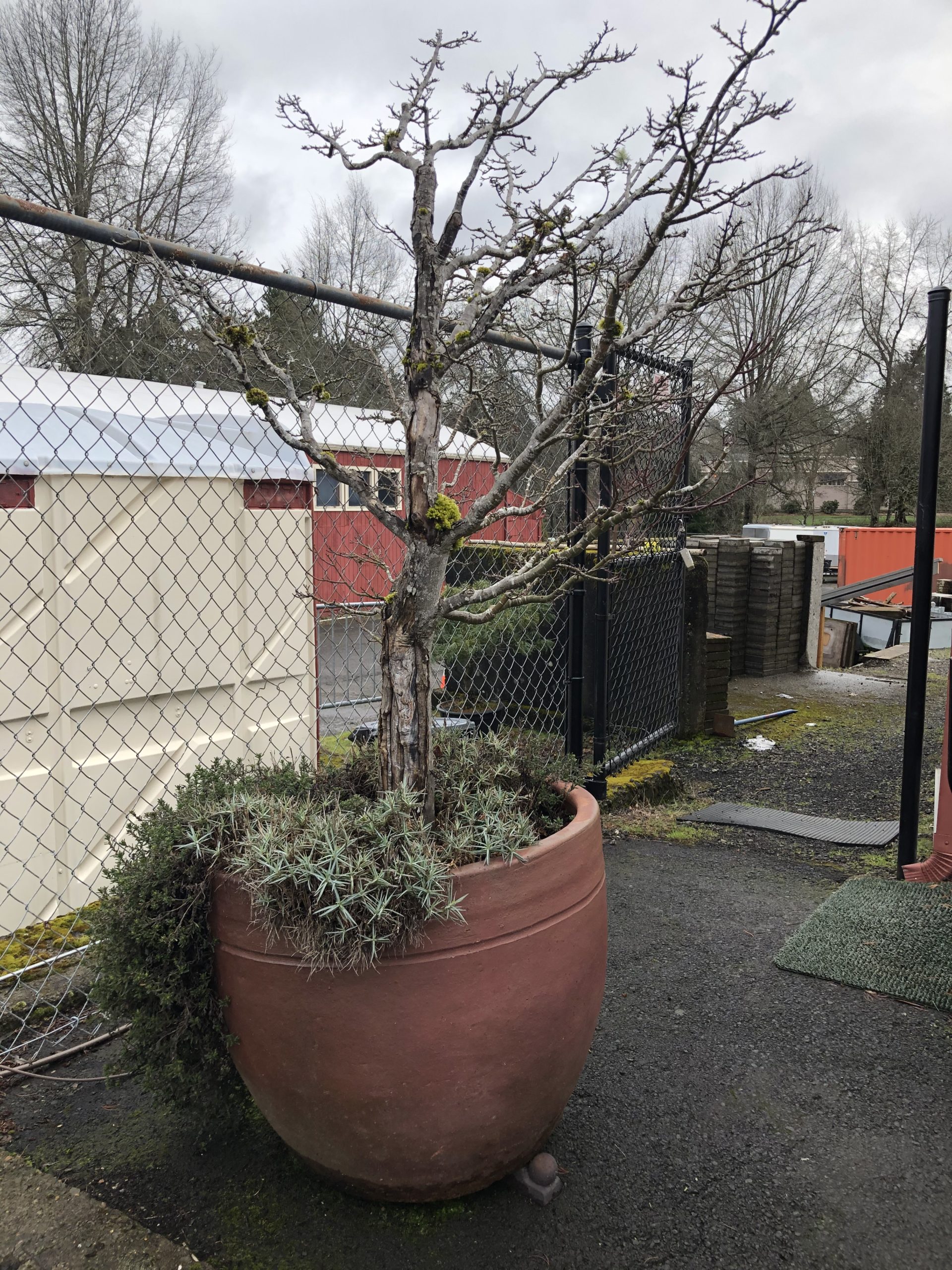 When you walk through Main City Park past Tsuru Island towards the entrance to Springwater Trail, is where Gresham Japanese Garden’s Resource Center is located. Now that you’re oriented, in front of the Resource sits this tree. It’s a 25-year old Shishigashira Japanese Maple. Its a beautiful tree—if only it didn’t have sun scald!

What is sun scald?

Sun scald is a freezing condition most frequently caused by reflected light off the snow during winter months. The damage in this case will appear as sunken or dead bark on the trunk of the tree, then later in the tree’s life the bark might fall away revealing dead tissue in the tree’s cambium layer. This damage will typically be found on the south west facing side of the tree’s trunk. It can be found on other sides of the tree if there is light reflection from other sources, like man-made structures or reflective rock faces. After a tree is afflicted by sun scald it becomes much more vulnerable to decay organisms. The plant will create walls around the affected area, but sometimes it is not enough to block the infections. The leaves of the tree are also affected by sun scald, particularly on a bright sunny day following a period of warm cloudy humidity. The damage to the leaves will start as bronzing of the epidermis between the veins of the leaf, and if the sunny conditions persist the tissue of the leaf will die.

What do we do now?

In the case of our Shishigashira Japanese Maple, we placed the sun scald side of the tree towards the west sun to promote growth because the sun scald damaged the branches causing the tree to be lopsided. After two years of deliberate, aesthetic pruning the tree shows very little sign of sprouting new branches on the weak damaged side. So, what do we do now with our Shishigashira Japanese Maple? We rotate to the good side!

Every tree, shrub landscape has a good side. The good side is referred to as the angle the the said material is most viewed. We will rotate the tree potted in the large clay pot so everyone can enjoy the true beauty of this tree.

If you didn’t know, Don Schmidt Nursery in Boring, Oregon specializes in growing maple trees! Our Shishigashira Japanese Maple originated from a with a Gresham-Ebetsu Sister City Association member, who propagated it from cuttings, gifted to a relative in Portland, and then donated to the Gresham Japanese Garden when the owners downsized. Such history in trees!